Welcome to the Wandering Drays!

Not all who wander are lost...
Welcome to my blog dedicated to my family and our crazy foreign service life. Never content with staying in one place, we are excited to share our journey. We've survived two unaccompanied tour (Baghdad 2010-2011 and Baghdad again in 2015-2016), multiple TDYs, and enjoyed a two-year family assignment in Cairo, Egypt. The fab hubby is currently learning Turkish for our next assignment...Istanbul, Turkey! We leave for Turkey sometime in summer 2017. I write about what I know. Which is mainly kids, tween drama, gross pets, dealing with lots of government info, our moving adventures, being a nurse, yoga, running, living on too-little sleep, and an addiction to coffee lattes. I hope you'll enjoy this glimpse into our lives.

So Much Can be Accomplished in Just One Week

In the week since I blogged about joining the Biggest Loser competition at work, so much more has been accomplished.

I am now able to run 5K+ distances.
I am fitting back into my regular pants.  That don't involve elastic waistbands.
I am eating healthier.

I still enjoy chocolate.  But in moderate quantities.
I still enjoy coffee.  But probably in too large of quantities. [Note: some things are really hard to change.] Oh, but with much less sugar in each cup!

But most importantly, I simply feel better.

Since the fab hubby is pretty security-conscience (duh), I decided to take it to heart when he said he's really ok with me running the Wadi by myself.  So I got past the 'it feels so desolate here!'  Twice this week I ventured out solo to the Wadi for a run.

I'll admit - it's still kinda creepy.  A good part of me feels like I'm a character in Star Wars about to be attacked by Tusken Raiders.  Turns out the desert part of Star Wars was filmed in Tunisia.  Ummmm....hello!  Tunisia is totally two countries to the west of here.  No wonder it looks the same.

In any case, I rocked out a a 4.5 mile run today, and it felt good.  (And if you're wondering, I was not attacked by Tusken Raiders.)

The rest of the week's workouts were spent at the gym or on my own elliptical at home.  I've also thrown in some free weights and the fab hubby taught me some great upper arm exercises I can do with the free weights that were different from the routines I've been doing.

Things I tell myself?  Even if it's only 20 minutes on the elliptical, it's worth it.  Because it's much more than I was doing before.

If I eat too much, I'll be uncomfortable.  And I don't miss the elastic-waist pant.

If I eat too much, I'll also have to work out a lot more, and I'm already short enough on time as it is.  At work, I spend my lunch hour at the gym.  There is only one lunch hour.  Not two!

This coming week?  I'm adding more free weights.  More time on my runs (headed toward the 10K distance!).  And I'm also going to work on getting to sleep earlier.  My friend Jen recently blogged about giving up being a night owl for Lent.  I think I'm going to hop on that train as well for Lent this year.  Since I'm focused on taking better care of myself, this is definitely something I need to do.

Twelve pounds.  As in the number of pounds I've gained since arriving in Egypt.

As in the number pounds it took to crumple my self-esteem.  Put on in a mere five months.

I suppose I could blame it on the stress.  A new country, a new culture, a new school for the kids, a new job for me, new...new...new.  Chocolate helps.  So does a sweet yummy latte.  Sometimes I'd wallow in cookies.  I've got lots of other excuses.  No place to run safely.  Don't like the gym.  Working long hours.  No time to work out.  Just had baby #3 a little over a year ago.

But I've dealt with stress in the past.  I know the best ways to handle it.  I know exercising and healthy eating are essential.

But the more I gained, the worse I felt, and the less I worked to fix the issue.

I don't want to be those things.  I don't want the best run I ever did to be over with already.  I used to be a runner.  It tears at the very definition of myself.  Was a runner.

So what am I now? I ignored that voice in my head.

Unable to fit in my jeans, I found myself wearing stretchy yoga pants and slouchy shirts at home.  Baggy clothes to work, trying to hide the pounds that seemed to pile on so easily.

Ignoring my health for what?

I am angry.  I miss running and I hate that I can't find my stride here in Egypt.  Can't run safely in the streets.  Can't make it to the Wadi as often as I thought.  And honestly, I feel uncomfortable there by myself.  It feels so desolate. So unsafe.  I admit it.

But it's not a good enough excuse.

Choices.  Poor choices to be honest.  Feeling trapped by my choices.  And the weight piled on.


That's the thing about life.  So many choices.  I have choices.  New choices.

The embassy is currently sponsoring a 'Biggest Loser' contest.  I signed up and it began two weeks ago with some friends (and the fab hubby) - and we're dedicated to losing 10% of our body weight.  It feels good.  Having a goal.  Having a support group.

It was HORRIBLE stepping on that scale the first day.  Having to admit all those choices I've made over the last five months.  But I was tired of it owning me.  Tired of the weight following me around and dictating who I was.

I work out.
I eat healthier.
I know what I want to be.

Two weeks later, I'm six pounds lighter.  And I know I have so much more to do, more to lose.  But I was able to button my jeans again this week.  Building that self-esteem back up.

The elliptical and those free weights are no longer covered in dust.  I run at the kid's school track.  I hit the treadmill at work.  I absolutely loathe the treadmill.  But it's what I've got.

It's not the kind of running I love, but it's the running I can do right now.  Because I am a runner.

Next July, we'll be in the U.S. for four weeks.  And of those four weeks, I'll spend two of them in Colorado Springs for my Army Reserves Annual Training.  I love Colorado Springs.  I love running Pikes Peak and Garden of the Gods. [I went back and looked at my blog from when I ran Garden of the Gods last year.  It's really a beautiful place to run.  Here's the blog entry if you'd like to read about it.]

Garden of the Gods is some of the greatest running I've ever done.  If I don't run now, I won't be able to run then.  The altitude is killer and I have to be in good shape to run those trails.  I won't let that happen.

Two weeks down, and fourteen weeks left to go in the Biggest Loser.  10% of my body weight to be shed.  Miles to run.  Good food to eat.  Skinny jeans to wear.  These are the choices I make now.

I loooove driving in Cairo.  Super insane, no rules, no lanes.  Doesn't matter if you drive down a one-way street headed in the wrong direction.  Honk all the time for no purpose other than to say "I'm here!"  Don't stop at intersections (if you do, you'll get rear-ended!); just honk and keep rolling through.  No stop lights.  That's right - None.  And never turn on your lights at night.

It's all so crazy.

Especially when I look at it through my ER-RN-trained-eyes.  The streets are full of traumas-waiting-to-happen.  Death traps!  But in Cairo, well, it's just normal.

So I've spent the last week with iPhone in hand, trying to capture as many of these moments as I can.  And while sometimes I was too slow to get the "Oh-my-gawd-did-you-see-that? Only in Cairo!"moments, I did manage to click a few of the goodies.

...so why do I suddenly feel so much older?

Or maybe it's because I can actually trust him to watch his baby brother for a few moments.  And know that neither of them will be [permanently] maimed.

Or maybe it's because he can read his own stories at night, snap his own seatbelt buckle, make his bed, make his breakfast, feed the dogs, and find his way around a computer and the internet better than his Grandma (sorry, Mom!).

I blink oh-so-briefly and he's not little any more.  Where did time go?

What was once this: 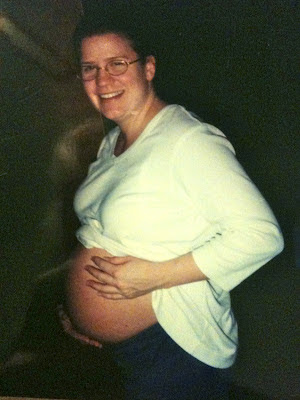 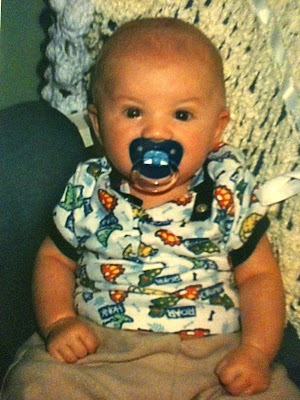 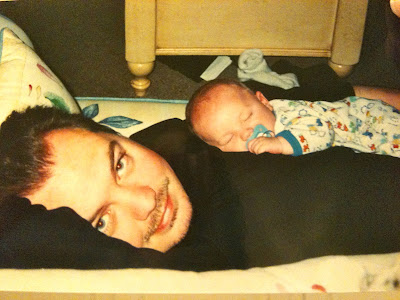 And is now doing this on his own... 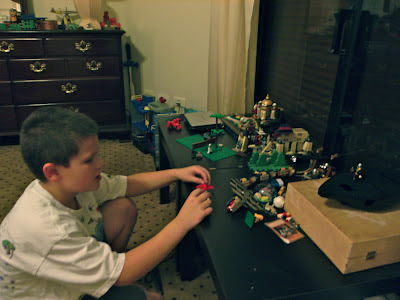 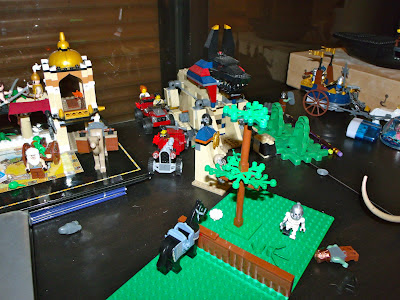 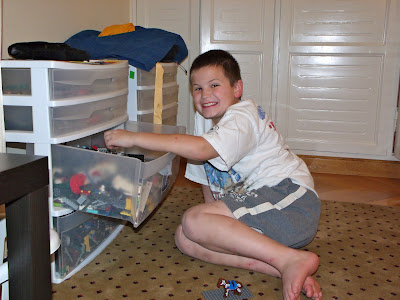 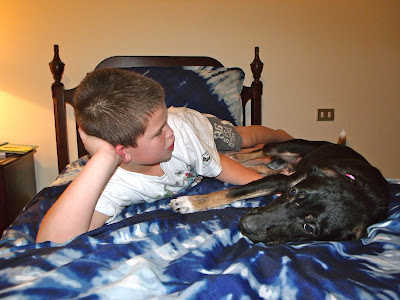 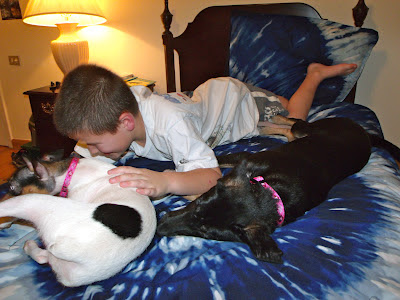 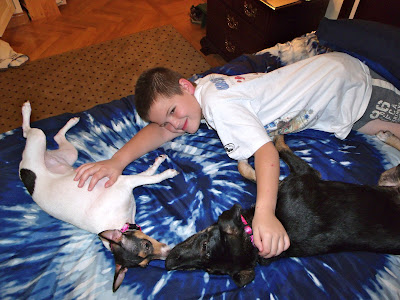 Happy 9th Birthday, Owen!  You sure know how to make me feel old.
BUT, as you've already learned, getting older is pretty cool.
Posted by Heather Dray at 1:47 PM 3 comments:

Heather Dray
Wife, mother, RN, runner, and yogi...yearning to be a welled-traveled wanderer. My husband is employed with the Foreign Service and we've picked up our lives and moved multiple times since 2009. In summer 2013, we moved back to the U.S. after a 2-year assignment in Cairo, Egypt. I'm a nurse, having worked in the past as an ER nurse and now in pediatrics! I've completed multiple travel assignments and have worked with Department of State when abroad. My husband finished a second tour in Baghdad in summer 2016 and is now learning Turkish...because our next post assignment is Istanbul, summer 2017!

Blogs That Keep Me Going